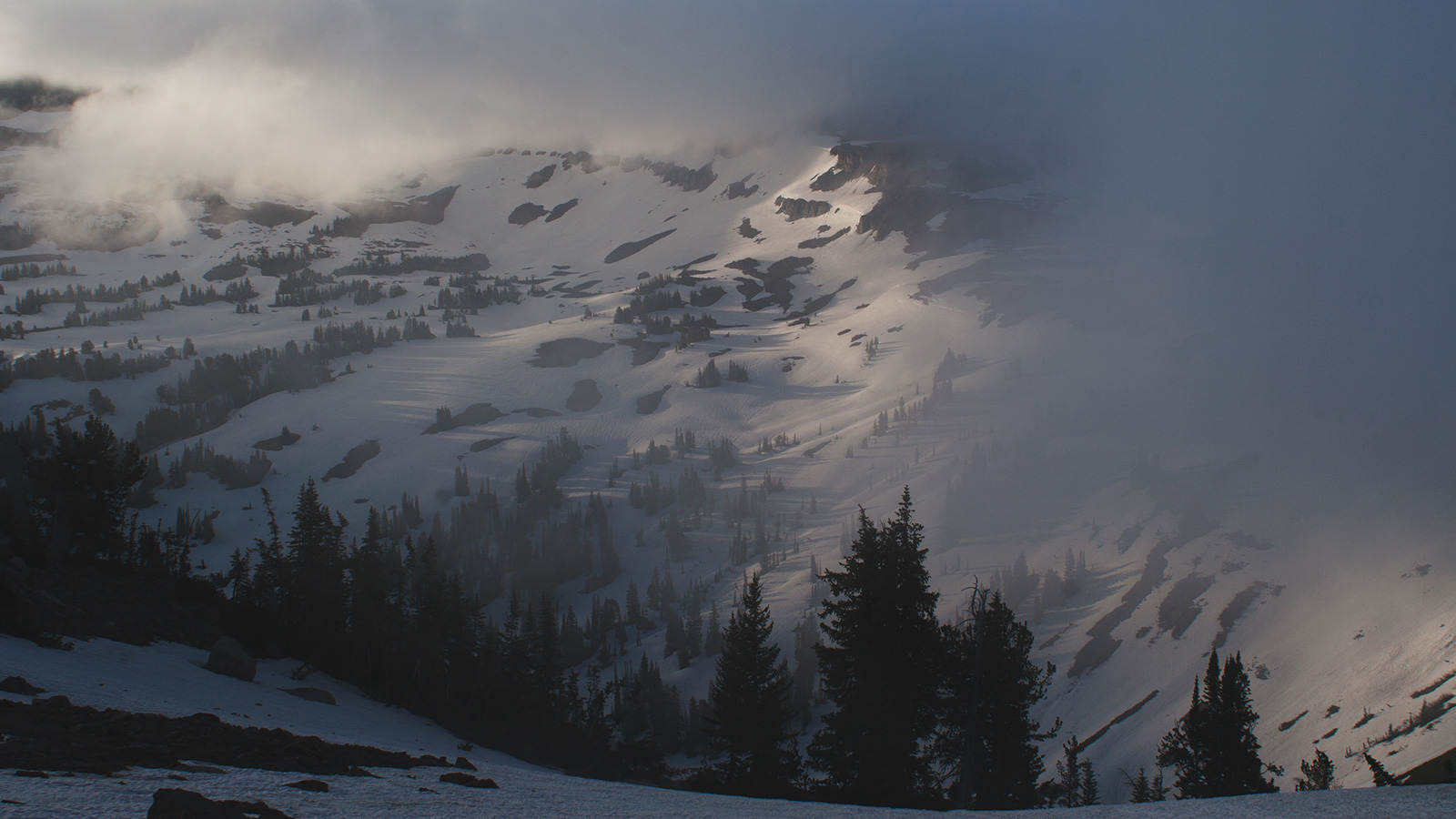 I looked over the small stand of pine trees, glanced at the jagged boulders upslope, then back at the pines. "Can you guys fend off a rock slide?" I asked. They replied in silence.

Joanna and I were at the end of our second day in Grand Teton National Park, hiking in the shadow of the Three Sisters on the Teton Crest Trail from Moose Canyon up to Jenny Lake. We had heard the cracks and booms of rockfalls during the day and had even crossed the aftermath of one recent enough to lay atop the snow — an aftermath complete with pulverized trees… so at that moment, we were looking for a tent site with at least an illusion of safety, enough illusion to get some sleep that night. It didn't help my worrying that we were standing on Death Canyon Shelf overlooking Death Canyon, but names can be deceiving, I said to myself, like the Greenland/Iceland deal, right? Sure. I was tired and my brain can be pretty convincing when I'm tired (the name's just ominous to keep out the riff-raff). Soon enough, the group of trees I was conversing with began looking attractive.

And like the explorers of Iceland, we felt as if we were traveling through a paradise, one of big sky, big rock, ice, and utter solitude. We didn't see a single human in those mountains until the end of our fifth and last day in the park. It was unbelievable that a wandering couple could have that much space and beauty to themselves. If morbid names was what it took to secure that, so be it. 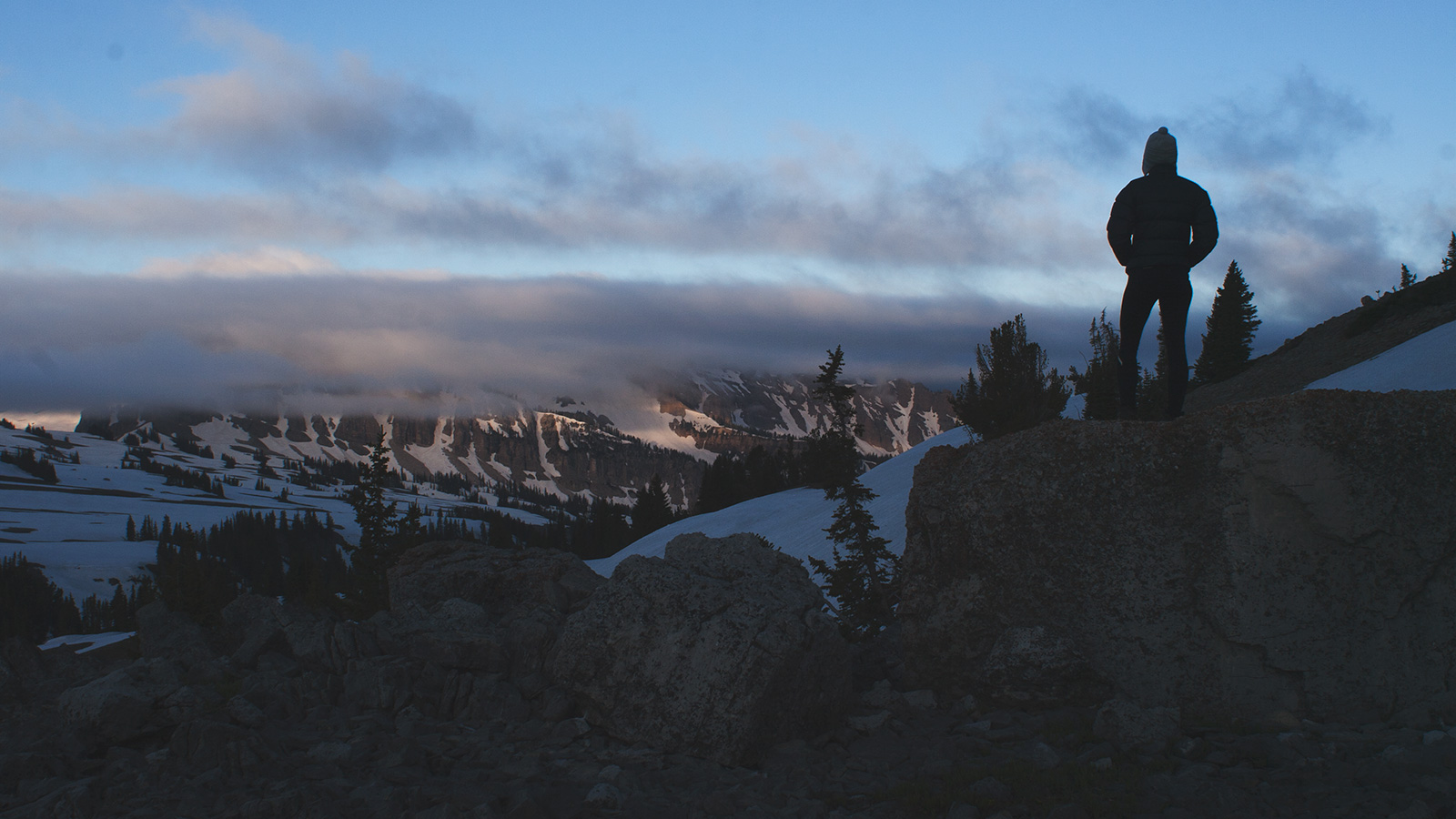 After passing the night molested by neither rock nor human, we were greeted by a sunrise shining through fog that rolled in the canyon and let off pinks and oranges against the white snow below it. We lit our homemade alcohol stoves and made the morning perfect with coffee and oatmeal before breaking camp and continuing north. 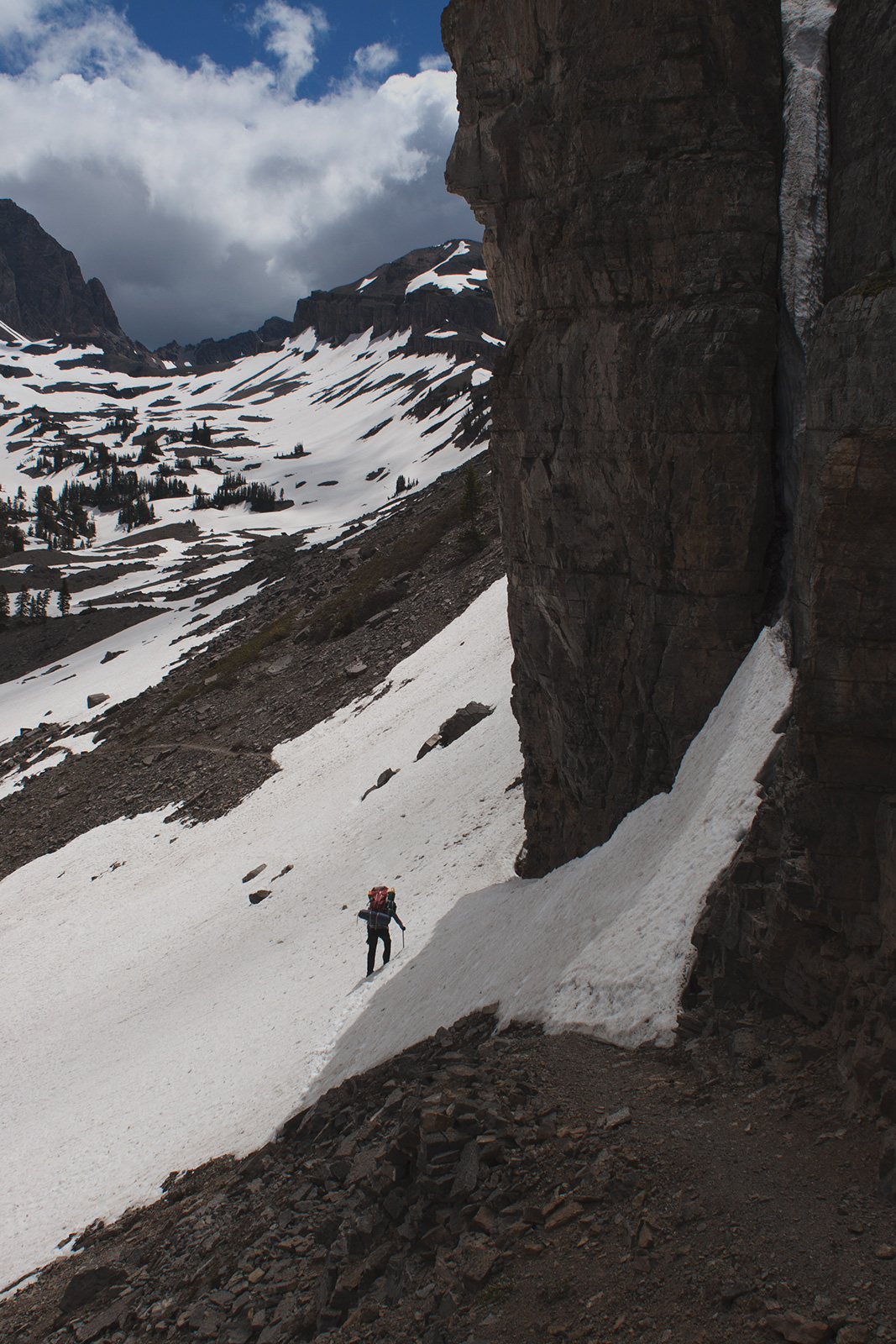 The canyon shelf let us down into Alaska Basin via Sheep Steps, a steep route that would've been impassable without ice axes, with a slide of hardpack snow sitting where the trail was supposed to be. By a slow, strenuous process of kicking steps into the snow, we began across. Half-way through, one of my footholds gave out and I began to slide down the face, but I was able to dig my axe in and self-arrest, a handy move for sure. Eventually we both made it across, glad that this hike was one-way and not out-and-back.

Lower towards the bottom of the basin, we eschewed the trail proper (again under several feet of snow) in favor of glissading. Our butts got wet, but we saved some time. And when given the option, glissading is the right choice. Never mind what gets wet.

Similar to Sheep Steps, the nicely cut switchbacks at Hurricane Pass meant to take us up and over the two-thousand vertical foot ridge were also blanketed with a monolithic slab of slick, hard snow. Kick, kick, stab. Kick, kick, stab. Only at writing, in retrospect, does it occur to me that the snow levels of that early June had something to do with the lack of other people. It's tempting to think we were tougher than the crowds that stayed out of the winter landscape, and that that toughness was what earned us our solitude, but being tough is an idea that only materializes sitting in my armchair. 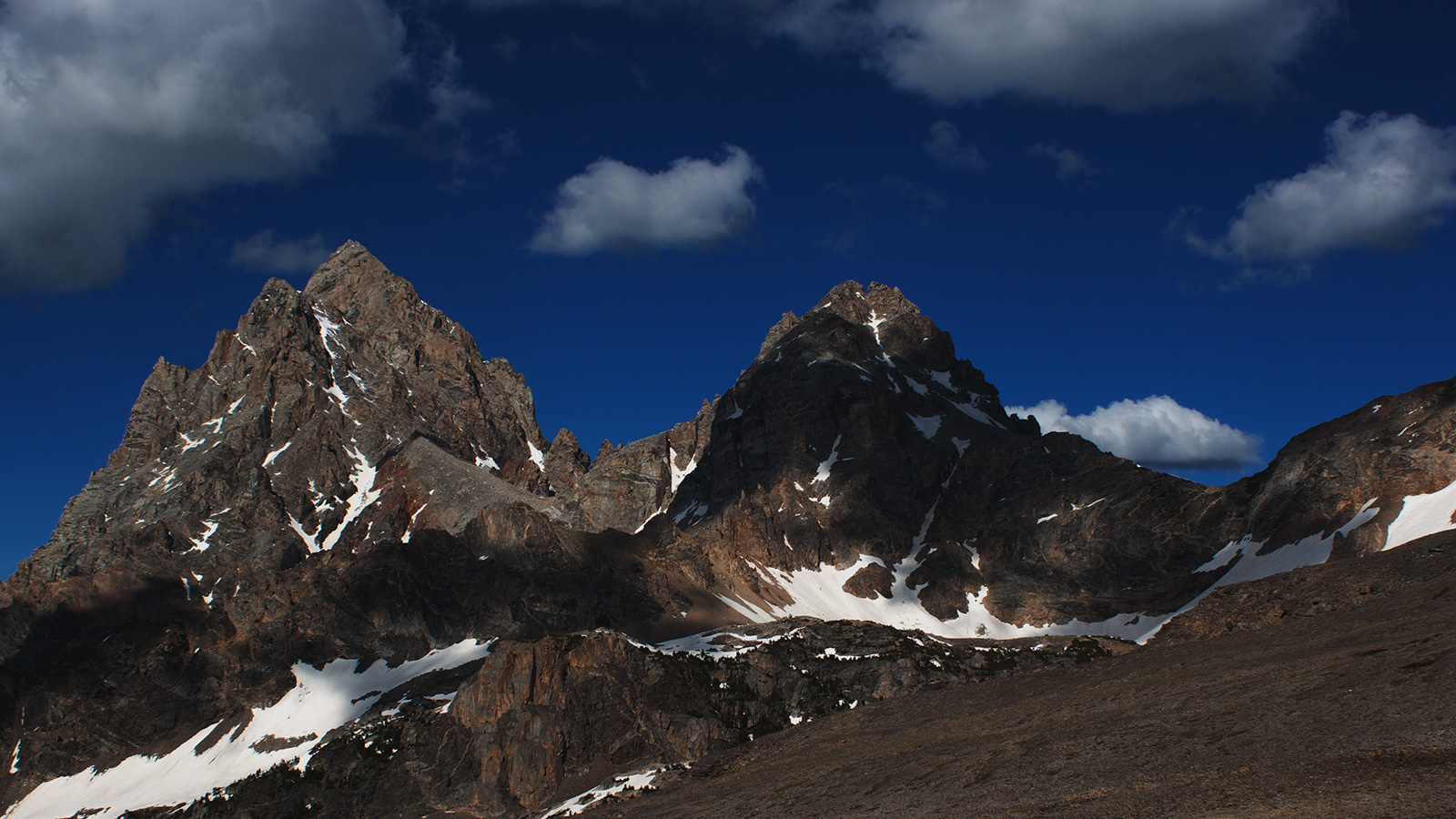 In the moment of the actual hike, our thoughts were of how to traverse the next obstacle, how the other was feeling, and whether we would make it to our planned campsite before sunset. I like these kinds of thoughts better, which I think explains why most of us would rather be out there than in here.

We did make our campsites on time, tired and hungry and happy. We saw our first humans about a mile away from Jenny Lake, then took the ferry across to the visitor center. We arranged our pickup and waved goodbye to the rugged range as we drove away.